Demola Adedoyin has a degree in business administration and a masters degree in Media and Communications from the London Metropolitan University. He also acquired a certificate in digital film production and directing from the Central Film School, London, UK. Prior to establishing Yin Media, he had extensive work experience in marketing and public relations, working in companies like Alder Consulting and Bacchus Public Relations, UK. He has lent his skills in graphic design, writing and idea generation to Doyin group of companies and Global Media Corp, UK.  For Yin Media , he has led in-house and freelance teams in diverse campaigns including marketing, web development, re-branding, corporate identity, video production and all facets of multimedia production.  He notably served as web-master for the Atiku Abubakar Presidential Campaign Organisation and the National Programme on Immunisation.

He also featured in the multi award winning film 'October 1' and was nominated severally for his role. His passion for film making extends into the world of advertising, creating audiovisual campaigns for Yin Media corporate clients. 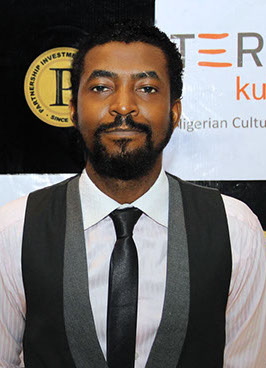 Imoh holds a BSc. degree in  Business Administration from the University of Calabar. He is certified with a diploma in Logistics and Transport from the Chartered Institute of Logistics and Transport, UK. He served in the Nigerian Army upon attending the prestigious Nigeria Military School, Zaria. He was part of the Nigerian peace keeping mission in Liberia where he delivered lectures on conflict resolution. At Yin Media, he coordinates the daily operations of the company and sees to the actualization of goals and targets.

Trained as a sociologist. Kazeem is a multi faceted creative driven by a passion for the arts. He holds a BSc. in Sociology from the University of Ibadan. While studying, he created multiple corporate identity visuals for individuals and organizations. He also worked on student-media teams creating campaign visuals and communication materials. For Yin Media, he contributes to all creative activities such as design, web coding, operational systems and marketing/mass communication.